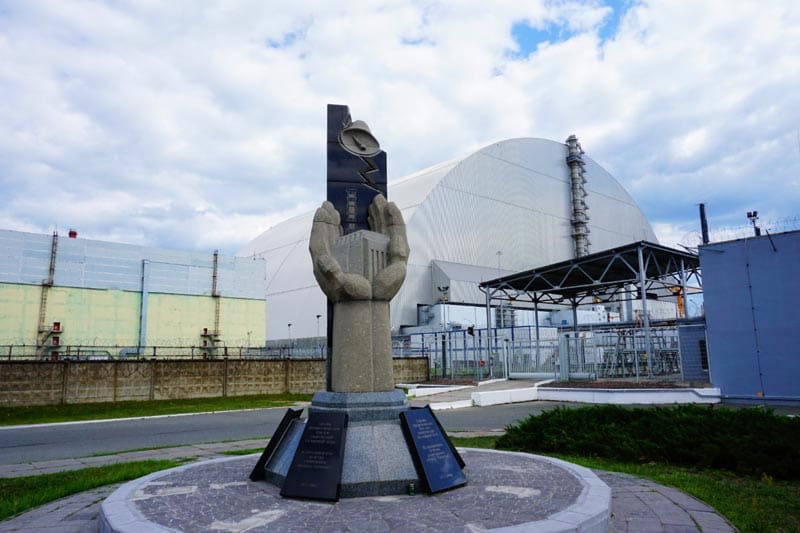 According to Ukrainian Journalist Alla Yaroshinkaya the dangerous isotopes escaping the Chernobyl reactor included not just caesium-137, Strontium-90 and Iodine-131, but also Lie-86. In the early months after the accidentthe Soviet Authorities assured their citizens that, apart from those who were directly affected by the explosion, there would be no major health effects. This message was soon echoed and amplified by ‘experts’ from the West, particularly the US Department of Energy and the IAEA. 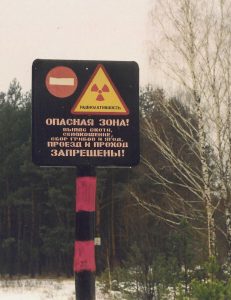 In early 1990 there were plans for the World Health Organisation to work with the Soviet Ministry of Health on a long term study, similar to that carried out on Hiroshima and Nagasaki survivors. But when the ‘International Chernobyl Project’ was set up it was very firmly led by the International Atomic Energy Agency (IAEA) a body set up to promote nuclear power. They sent a team of scientists into Belarus and Ukraine in the summer of 1990. The Belarusian Academy of Scientists told them about the growth of blood disorders and serious thyroid problems. The IAEA scientists chose not to believe them as they thought the doses were too low. Before they could look at the evidence the computers containing detailed information on the health of 130,000 people were stolen from the Institute of Radiation Medicine. Possibly the KGB keeping information away from Western spies, but the files have never been recovered.

The IAEA came to the conclusion that the doses people had received were low and so any health issues could not be related to Chernobyl. They ignored the doctors who explained to them that many people ate large amounts of mushrooms, wild berries and wild game, which all contained high amounts of radiation. Or that thousands of people lived in marshes where the soil transferred the radionuclides more readily into the food. And the fact that radiation ingested is far more dangerous than sources outside the body. And they ignored much of the data from Soviet Scientists as they did not trust their methods of enquiry. When contaminated parts of the country were compared to cleaner parts, the investigators forgot that contaminated food had been sent all over the Soviet Union to be made into pies and sausages, spreading high doses of radiation around the population. 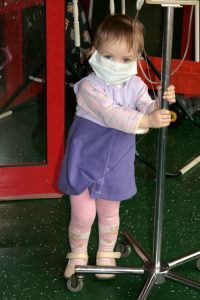 And comparisons with other countries are complicated by two facts. The Chernobyl radiation spread across Europe and beyond and affected Poland, Austria and Germany particularly badly. There were an additional 3,200 stillbirths across Europe following the Chernobyl fallout and many children born with life limiting disabilities.

And the atmospheric nuclear bomb tests have affected the health of people all over the world. One of the highest levels of childhood cancer can be found in Australia, undoubtedly affected by the Pacific Island tests. Americans received massive doses of radioactive iodine from the Nevada desert tests. The US Nuclear Cancer Registry eventually estimated that these tests caused somewhere between 11,000 and 200,000 thyroid cancers in America. But in 1990 this had not been proven. And the Americans were desperate to draw attention away from the effects of their testing, and possible litigation by its victims. So all possible efforts were thrown at discrediting the obvious rise in thyroid cancer following Chernobyl.

If it had not been for the tireless work of Professor Keith Baverstock of the World Health Organisation, who refused to be muzzled, it might never have been accepted. In the ten years before 1986, just seven children contracted thyroid cancer in Belarus. Within four years of the accident, this level had risen by 30 times. But it was not until 1995 that the World Health Organisation officially recognised the link between radiation from Chernobyl and thyroid cancer.

It was the Gomel Region which was most heavily affected by the fallout of Iodine-131 and children under 4 years old ingested the highest doses. The greatest number of thyroid cancers have occurred in this region and the WHO has predicted that one third of all the children from the area around Gomel aged between 0 and 4 at the time of the accident will develop thyroid cancer during their lifetime. Thyroid cancer has been largely dismissed as unimportant by the nuclear community because it is very unusual for anyone to die from it. If your child contracted a disease which meant that he would have to have a major operation and then take hormones every day for the rest of his life, you would not consider this unimportant. 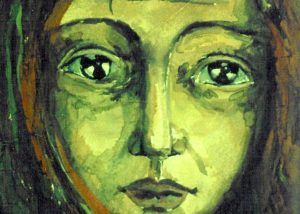 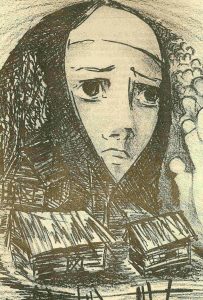 There have been major rises in other illnesses too. In the Gomel region, an increase in leukaemia cases of about 50% compared to the period before the disaster, was recorded in both children and adults, in the early years following the accident, according to hospital records. In northern Ukraine a study of brain tumours in children found that there were two cases a year before 1986 and around ten cases each year over the following decade. Breast cancer rose sharply in Belarus and there have been significant rises in heart disease, respiratory illnesses, gastro intestinal problems, bone and blood disorders, diabetes, sight problems and mental health issues. Amongst those who have grown up living with the contamination there has been a raised level of babies born with cancer or with a genetic disorder.

Despite the best efforts of the nuclear lobby to muddy the waters, it is clear that the effects of Chernobyl will be felt for many decades to come.