Who We Are and Why We're Here

Brief video of our story

Watch the video to learn why our inspirational founder and CEO, Linda Walker, was moved to create Chernobyl Children’s Project (UK) and about all of the wonderful things that the charity, along with a loyal band of supporters, has done over the last couple of decades to improve the lives of so many disadvantaged children and young adults living in Belarus amongst the after effects of the Chernobyl nuclear disaster. Take a look at our timeline below or read the detailed history of CCP (UK)

(to see the video in full-screen mode click “vimeo”)

January 20th 1995 – Chernobyl Children’s Project was launched in the UK by the Lord Mayor of Manchester.

Autumn 1995 –  Filled a forty foot trailer with aid and delivered this to Belarus.

April 1996 – Organised a commemorative event with help from Manchester City Council on the tenth anniversary of the Chernobyl disaster.

Summer 1996 – Six new groups set up across the UK enabling us to bring 150 children to the UK for a holiday – so many that an aircraft was chartered specially for the journey!

December 1996 – Groups of children came for recuperative holidays at Christmas for the first time.

Spring 1997 – Linda Walker made a member of the Order of Franciska Skarina, one of Belarus’s highest awards.

May 1997 – First group of younger children in remission from cancer came to the UK with their mothers for a recuperative holiday.

Summer 1998 – Number of groups of host families now reached 30, spread over the length and breadth of the UK and over 400 children able to enjoy recuperative holidays in the UK.

Summer 1998 – First holidays at sanatorium (holiday camp) in Belarus arranged for 50 children from Zhuravichi Orphanage and Garadyets Special School. Volunteers from the UK flew out to make sure their holiday was one to remember.

Summer 1998 – Our very first educational exchange visit – Head of Special Needs Education in Gomel, Elena Voloshinenko, came on a visit to the UK, with the Directors of two disability centre. We have maintained a relationship with Elena ever since and she now works for our partner organisation, SCT, in Gomel.

Summer 1999 – 300 children take part in the sanatorium holiday, 100 from Zhuravichi and 200 from 4 different special schools.

January 2000 – Established the first “home hospice” outside Minsk – in Gomel to provide palliative care to around 30 families with babies and children with life-limiting conditions and terminal illnesses. Apart from one small break we have provided continuous support for Gomel families and our team of three nurses and a psychologist is led by Dr. Irina Kalmanovich.

January 2000 – Initiation of our first ever training programme in Belarus. Jean Holt, highly experienced in management of children’s homes and fostering in the UK, was invited by the Ministry of Education of Belarus to set up a training programme in all aspects of fostering, an activity she was to continue several times per year over the next 15 years.

Summer 2000 – Established “Klimovka, Familly Home 2000” near Gomel, in which 4 young adults with disabilities who had grown up in Zhuravichi Orphanage could live in a family environment.

March 2001 – Directors of Education and Social protection for Gomel region, and an even more senior member of the Regional Executive Committee visit the UK to look at care and education for children with disabilities. This was an invaluable visit. Sokorev, the Head of Social protection, was very supportive of every one of our projects for the next ten years.

Spring 2002 – Identified a suitable house in Rogachev for use as a family home for 4 disabled children who were growing up in Zhuravichi Orphanage. House purchased, renovated and named “Rodni Kut”.

Spring 2002 – Four different groups, ranging from senior members of the local government departments to hands-on staff from the baby home and rehabilitation centre in Gomel were brought to the UK on educational visits.

January 2003 – Children move into Rodni Kut and are looked after by “Papa” Sergi, originally from the Rogachev Families Association, who later went on to become their legal guadian. The children, who have now grown into young adults, continue to be looked after by Sergi, wife Oxana and a team of five carers (aunties) who provide round-the-clock care in a loving family environment.

Summer 2004 – Work was completed and the “Mayflower Centre” was officially opened by the British Ambassador, Brian Bennett. Since then, the centre has continually hosted groups of six children with either cerebral palsy, autism or learning disabilities, providing daytime and overnight respite.

Summer 2004  – Director of Special School No 5 visits UK  prior to our setting up of a wheelchair class in his school. The Director of Health for Gomel region also visited the UK along with with the Chief Doctors of the two main regional hospitals, visiting many British hospitals and special schools.

April 2006 – Damian Grammaticas came with a BBC film crew to film at the Mayflower Centre as part of a feature on the 20th anniversary of the Chernobyl disaster.

Summer 2008 – The Department for Social Protection agreed to take over the funding of the Mayflower Centre and also extended its remit to provide respite to families with young adults. CCP (UK) continued to pay for transport to and from the centre.

Summer 2009 – A group of volunteers visits Zhuravichi Orphanage and Vikov Institute for psychological disorders for the first time to provide fun and stimulation to the residents unable to go to the sanatorium. Groups of volunteers have continued to visit these two institutions every year since.

2010 – The directors of Zhuravichi and Rechitsa Boarding Homes came on an educational visits to special schools in the North West. Training and visits for the Leaving Care and Epilepsy projects also took place.

2010 – Representatives of the Health, Social Protection and Education Ministries were brought on a visit to the UK aimed at improving their support for children with disabilities.

2011 – Three palliative care doctors visit hospices in the UK and a psychologist from the Children’s Cancer Hospital in Minsk visited the UK later in the year. Medical Director of the Belarusian Children’s Hospice, Natallia Savva, came on a visit to the UK and began a three year distance learning course in Palliative Medicine at Cardiff University funded by a grant from the Raisa Gorbachev Foundation.

2012 – Geoff Wright, a highly experienced social worker, took over from Jean Holt as our Training Coordinator and visited Gomel in the spring to deliver training and make plans for a new project.

2013 – Leading representatives of the Institute in Minsk which provides advanced training for social workers came on a visit to the UK, in preparation for a training programme which Geoff Wright and others would deliver over the next few years, the objective of which being to improve the skills of Belarusian social workers and psychologists.

2013 – Deputy Minister of Social Protection, Alexander Rumak, and representatives of Disability NGOs in Minsk visited the UK. Mr. Rumak had visited our two family homes and was interested in setting up new forms of living for young people in institutions.

2013 – A group of disability specialists visited Minsk and Gomel, including Maggie Thomson, former Head of Bridge College in Manchester and Dr. Tom Fryers. His trust, Action for Disability’ has provided wonderful financial support for CCP over the last five years.

2015 – Lynne Murphy, who has volunteered at Zhuravichi and Vikov every summer since 2009, was appointed Volunteer Coordinator. Each year Lynne recruits volunteers for the summer visits to these institutions and the holiday camp at Ptich and organises a spring fundraising event and volunteer training weekend.

2016 – Training and educational visits this year focussed on children with autism. In July CCP brought the Director of Gomel Regional Diagnostic and Rehabilitation centre to spend the week at Pictor School and Inscape School in South Manchester and, in the autumn, Speech and language therapists from Inscape House visited Belarus to deliver training.

2017 – Deputy Head of Special School No 5 in Gomel came to spend the week with Pictor and Inscape House Schools, and to visit the Seashell Trust’s Royal School. Other visitors to the UK this year  included Gomel Regional Health Director and the Chief Doctor of the Psychiatric Hospital to look at autism, and mental health care in the community as well as Early Intervention specialists from Polyclinic 19 in Minsk.

2018 – Head of Inclusive Education in Belarus came to the UK to look at Special Needs Education and integration. Later in the year the Directors of Education and Social Protection in Gomel, and their boss on the Executive Committee, visited to look at all aspects of care, education and support for families with children with disabilities.

2018 – One of CCP’s biggest ever projects commences. Funded by UNICEF, teams in three different areas are working on the project which involves supporting families with children with disabilities. The objective of the project is to encourage better co-operation between Education, Social Protection and Health Services in the future. 45 families are included in the project in Rechitsa, Rogachev and Gomel.

2018 – In October, CCP Director Linda Walker received the Nuclear Free Future Award for Solutions in Salzburg, one of only six people to receive the award this year for opposing all aspects of nuclear power and nuclear weapons. 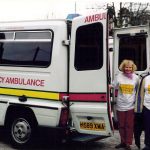 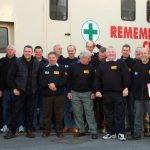 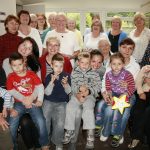 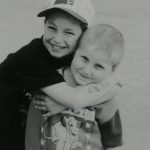 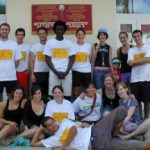 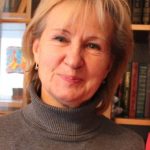 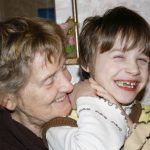 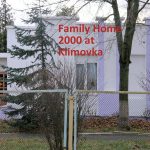 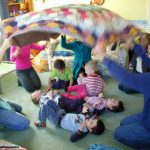 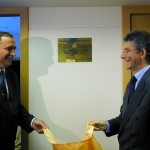 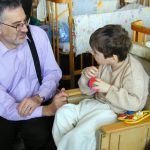 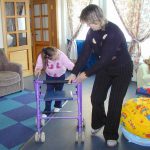 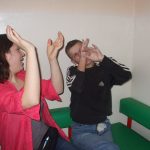 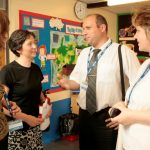 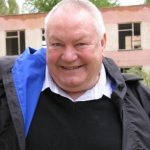 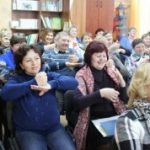 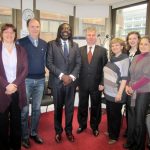 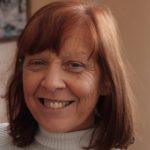 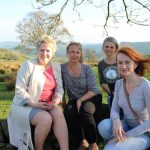 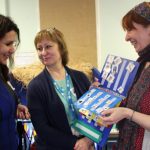 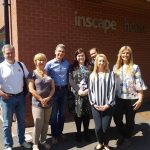 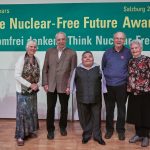